Columns’ behavior in structural systems can be studied regarding their geometrical properties, loading type, and construction material. Following our discussion from the previous chapters, we will discuss the effect of columns’ geometrical properties on potential failure modes of columns in buildings. Columns can be categorized into two contrasting groups of long and short columns. When the ratio of the effective length of a column to its least lateral dimension is equal to or less than 12, the column is considered short. In general, short columns fail by crushing.

A = Cross-sectional area of column (in2)

P = Load on the column

Long or slender columns are those whose ratio of effective length to its least lateral dimension is more than 12. A long column fails due to buckling where the structural component under compression bows quickly. the buckling phenomenon in ling columns is due to the inevitable eccentricities in loading and the likelihood of irregularities in materials’ resistance to compression.  Long columns generally fail by buckling before reaching their limit of compressive stress. Accordingly, the load-carrying capacity of long columns is less than short columns.

Video 11-1: Demonstration of buckling in long elements in compression (https://www.youtube.com/watch?v=KjgOGw6SqIA&t=2s)

In 1757, a mathematician called Leonhard Euler derived a formula that gives the maximum axial load that a long slender column can carry without buckling. The Euler equation is given below:

A = Cross-sectional area (in2)

E = Modulus of elasticity of the column material (psi)

K = Stiffness (curvature mode) factor; The K factor can be derived from the following table. 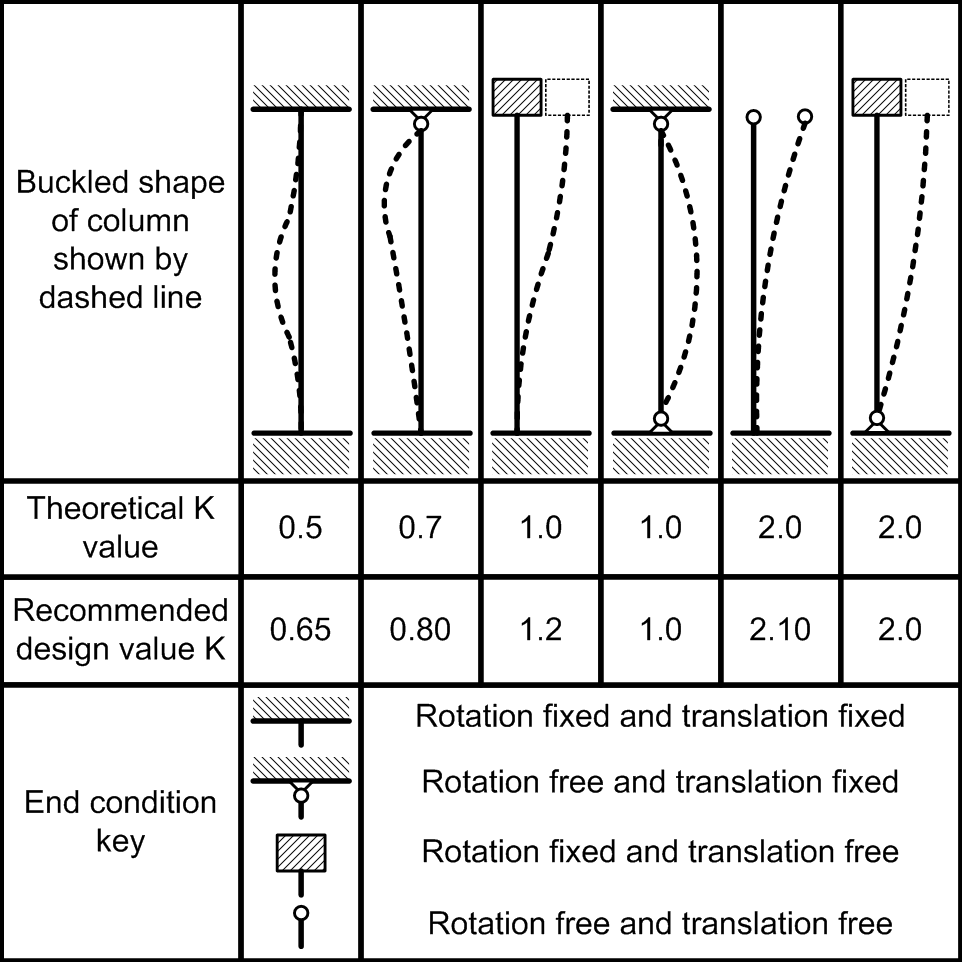 Video 11-2: How a column behaves under a compression force (https://www.youtube.com/watch?v=-ONVGO-iU4g&t=1s)

You may prevent buckling of the columns by:

Figure 11-2: The effect of a column’s cross-sectional shape on its stiffness